Home |   Get Outside and Enjoy the Vallée Square Concert Series!

Get Outside and Enjoy the Vallée Square Concert Series!

Great news: it’s back! Keep reading to learn all about what to expect at this summer’s Vallée Square Concert Series! The first show went off without a hitch. No rain, no sound problems, and people had tons of fun. Trust us when we say this will be your favorite Thursday night activity for the rest of the summer!

What is the Vallée Square Concert Series?

The Vallée Square Concert Series is right in the middle of the street between the Frog and Turtle and Portland Pie Company. “It is like an old street festival where people gather and have a great time, listen to music, eat some food and get some drinks”. What’s better than that?

You can find plenty of information about the Vallée Square Concert Series here on our website. But the basic gist?

The Concert Series consists of 8 weeks of Thursday night shows that start at 7 pm. There are plenty of restaurants in the area, making it easy to find a bite before the music starts, or you can grab some takeout from local favorites like Blazes Burgers, Portland Pie, Casa Novello, Legends Rest, Westbrook House of Pizza, Veranda Thai, China Villa, Fajita Grill, The Stockhouse, Bamboo Bistro, Sir King, and the Daily Scoop if you’re looking for something a little sweet!

There’s also a bar so you can enjoy a drink while you’re listening to great music, and we’ll have awesome Vallée Square Concert Series shirts for sale for $20 each to complete your concert look (you know you want one).

A Taste of Some of the Music to Expect

If you have not seen this band, it is an absolutely great time, as the band is not only excellent at this style of music, but they look the part as well. You can typically find Ray adorned with his classic cowboy hat. Don’t miss it this week on Thursday, unless it rains, in which case, we’ll have a rain date.

On July 21st, we are welcoming El Grande to the stage, who is one of New England’s finest ska bands. El Grande features the talent of local music regulars Chris Gironda, Betsy Caron, and Tommy Bailey (also from Sugarbox).

This is the only all-original band of the entire summer and one show that you do not want to miss! Rounding out the last 2 shows of the summer are Studio Two, a Beatles tribute band on August 18th, and Sean Slaughter’s Queen tribute band known as the Masterstroke Queen Experience. There’s a lot of great music being played, so you don’t want to miss a minute!

Support Our Community While Rocking Out

Discover Downtown Westbrook is very excited to bring this series back to the street this summer. “It’s amazing how many small businesses came together to donate and make this happen”, says Michael Dobkowski of DDW. Without the support of all these businesses, the event at this scale would not be possible.

Come check out what we have to offer and see what we have been up to in downtown Westbrook. Due to all the construction this year, we have a bicycle valet as well as parking available on the far side of Portland Pie Co. in the Saccarappa Park parking lot. We can’t wait to see everyone this summer! 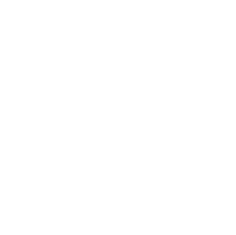