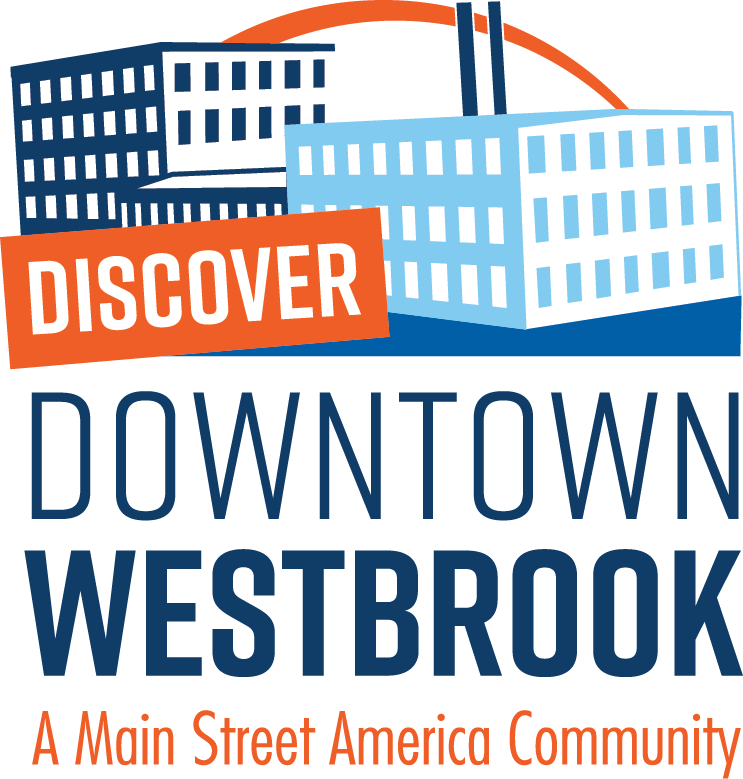 Early Westbrook and the Birth of a Mill Town

Long before European settlement, the Abenaki tribe of the Wabanaki  Confederacy called the modern Westbrook area its home. Settling along the banks of the Presumpscot River, whose Indian translation means “many rough places (i.e. waterfalls),” European settlers strategically chose the land near the two falls – Saccarappa (Indian for “falling towards the rising sun”) and Ammoncongin (Indian for “high fishing place,” later shortened to Congin) to establish businesses and early villages.

As these early mills were establishing Saccarappa as a prime location for settlement and development, the future namesake of Westbrook also began his interest in the area a few miles away in the Stroudwater area. As Colonel of the district of Maine’s Militia in the early 1700’s, Westbrook gained widespread fame for his leadership in the final Colonial War from 1722-25, Father Rale’s War, a series of skirmishes and land disputes with the Abenaki. Colonel Westbrook permanently settled in the Stroudwater area of Westbrook in 1727 after completing his military service – and moving his mast business from Portsmouth to Stroudwater as the King’s Mast Agent of Falmouth (the 18th Century name for the Portland region). When the Abenaki eventually migrated north, European settlements and the mast and milling industries grew unabated.

The first real estate deed conveyed from Indians to settlers was recorded in 1657, and the first recorded house sometime between 1666-1685 by George and Mary Munjoy – on the southern bank of the Presumpscot. The next five decades however, reveal little activity in Westbrook – while a series of Colonial Wars, including the French and Indian Wars, raged between settlers and Indians in the “district” of Maine. In 1729, European settlers finally gained permanent foothold in the area – when Benjamin Ingersoll, Joshua Bayley, Benjamin Larrabee Jr., and Company were granted land around Saccarappa Falls to build a sawmill for their lumber business. A decade later in 1739, Joseph Conant built the first recorded house in the Saccarappa area – as well as saw mill and grist mill.

On February 14, 1814 Saccarappa and Congin were incorporated as Stroudwater. However, the town quickly changed its name to Westbrook in honor of the 18th Century colonel. Maine gained its statehood in 1820, breaking away from Massachusetts as part of the Missouri Compromise. Shortly after this, Westbrook and its expanding number of mills began to boom and cement its place as one of the great American mill cities.

The 1950’s and 60’s presented a new set of issues to downtowns across the country, to which Westbrook was not immune. With the automobile becoming commonplace and the construction of superhighways, people began to migrate out of urban centers to the suburbs, and business often followed. This was particularly evident when the construction of the Pine Tree Shopping Center on Brighton Avenue in 1960 and the Maine Mall in South Portland in 1971 eliminated the necessity for patrons to shop downtown, forcing stores to close or relocate. In order to combat this suburbanization trend the City of Westbrook created the Westbrook Urban Renewal Authority in 1969.

Nationwide urban renewal efforts left many downtowns across the nation deserted and lackluster. Because of this the National Trust for Historic Preservation created the National Main Street Center in 1980. The purpose of the center was to establish a nationwide network of downtown communities whose focus was to create vibrant and walkable streets while preserving the existing historic fabric.

Although not yet affiliated with the Main Street program, the City of Westbrook began emphasizing the value of rejuvenating the downtown shortly after the culmination of the urban renewal campaign. Due to the numerous downtown revitalization studies conducted from the 1980s-2000s, it became clear that a dedicated Main Street improvement organization was necessary to continue facilitating small business development, the arts, and historic preservation in Westbrook.

The URA’s objective was to oversee  and facilitate the restructuring of the downtown which they believed would help stimulate the economy. A key component of the URA’s plan was to remove blight and what they designated as “substandard structure” in the section of downtown directly south of the Presumpscot River. Unfortunately, this led to the demolition of numerous historic properties that lined the downtown sector; it is estimated that forty buildings were razed during the Urban Renewal Authority’s administration.